Get to Know Us

Granco pumps have been made in the USA for over 80 years and are used worldwide by hardworking men and women who know quality and demand dependability.

Granco Manufacturing, Inc. manufactures a full line of self-priming rotary positive displacement ball type pumps. Today, it is the only ball type rotary positive displacement pump being manufactured in the world. The ball and shaft inside a housing design has many advantages compared to other positive displacement pumps among them being higher volumetric efficiency, lower power consumption, lower maintenance costs, easier installation, and easy reversibility. Pumping capacities range from 5gpm to over 300gpm. The pumps can move fluids with viscosities from 32 ssu to over 1,000,000 ssu. They are used in both stationary and truck-mounted applications. The key markets are petroleum, industrial, special chemical, and food products. 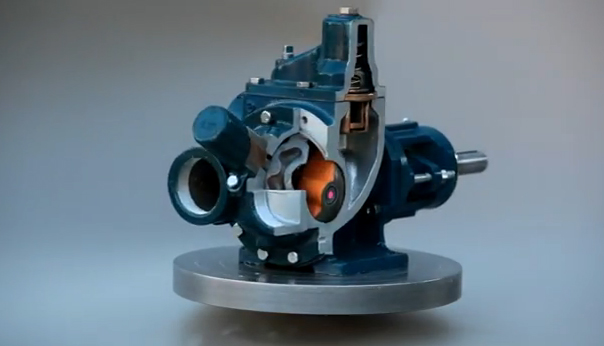 The Granco Pump Company was formed in 1938 by Edwin Grandburg. His unique design has not changed since its inception. He designed and developed this unique rotary positive displacement pump during the mid 1930’s and production began in 1938.

The pumps have been in continuous manufacture since that date except during the war years of 1942-1945. During World War II, the Granco Pump Company was engaged by the US Government to manufacture various sized shell casings up to 50mm to the war effort. After the war, Granco was cited for its contribution the war effort. Manufacture of the pumps resumed in late 1945. Mr. Grandburg sold the company in 1956.

There have been several owners since 1956 including American Meter, Singer, and Challenge Manufacturing. The current owners purchased the business in 2003. There is a large installed base of Granco Pumps in the United States and throughout the world.